Shaolin school's marital arts forms are compact in structure. "Fighting along a single straight line" tactics. The use of power is flexible and elastic. The forms focus on the practicability rather than flowery postures, which though aesthetically pleasing.

When jabbing or palming, the arm is required to be neither bent nor straight. The arm is in constant twining motion when it is extended or withdrawn to allow the flexibility of the arm movements. The eyesight is focused on the opponent' eyes so that his expressions and intentions are under observation. When advancing, the body moves straightforwardly and horizontally and when landing from a jump or retreating from an attack, it follows the direction of the momentum. The body techniques focus on the control of the center of the gravity so as to keep balance. When stepping, low stanc is used in advancing and high stance in treating. The stepping techniques focus on lightness, agility and steadiness.

When applying the techniques, the intention shall be well hidden and not revealed to the opponent. When executing the application, the person shall remain calm inside but fierce outside. Application of techniques requires integration of versatile tactics. An attack can be made from the left or to the lower pan of the body while the opponent's attention is diverted to the right side or the upper part of the body. An intention to retreat can be disguised as an intention to advance or vice versa. Tactics and techniques shall be amalgamated and consolidated. Hardness of actions and blows is stressed while softness in support of the hardness is also advocated. Attacks shall be made at the right moment and when the mistake of the opponent is observed. Attacks shall be executed without mercy and directed at the opponent's fatal part. Training formula describes the tactics as "elegant as cat, shaking like a tiger, advancing and retreating like a dragon, moving like a lightening and roaring like a thunder."

The play of martial arts forms of Shaolin school requires the completion of the form in one breath and combination of the external with the internal in order to deliver force to the required parts of the body. Externally, the hands are required to move simultaneously with feet, elbows with knees and shoulders with the kuas (the joints and surrounding areas of the hips) while internally, mind (xin) is required to integrate with intent (yi), intent with energy (qi) and energy with strength (li). Breathing through the nose facilitates the accumulation of power and when necessary, roaring loudly through the mouth intimidates the opponent. Striking with explosive forces as swiftly as thunder deprives the opponent of the time to react or reduce the effectiveness of counterattack. Thus, the victory can be won over the enemy.

There are eight body techniques : commencing (qi), landing (luò), advancing (jìn), retreating (tui). turning back (fan), turning to the side (cè), recollecting (shou) and discharging (zòng). When commencing, the body shall be straightforward; while landing, the body shall follow the direction of the momentum. When advancing, the stance shall be low; while retreating, the stance shall be high. When turning back, be aware of attacks from behind; while turning to the side, be aware of attacks from left and right. When recollecting, squat and crouch like a cat; while discharging, leap like a tiger. The body techniques focus on keeping the balance and maintaining a position to facilitate defense and offense. 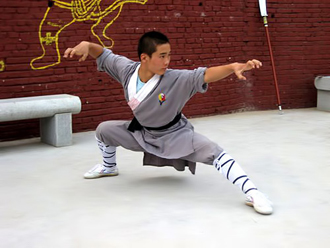 In combat with the opponent who is at a distance of two and half meters to three meters, the quick stepping shall be used. The quick stepping means a stepping, in which one foot leads the other to make a big fast horizontal leaping step, which is likened to a galloping horse or a springing tiger. People who do not master this stepping technique well shall be cautious in applying it. When the opponent is far away, stepping techniques are not applicable. Instead, chase the opponent first. Arrow stepping is applied in a situation when there is more than one opponent or when they have weapons. When using this stepping technique, it requires a foot stamping the ground fast enough to facilitate the body to leap upward like a shooting arrow. The arrow stepping can also be described as pigeon penetrating the woods and swallow pecking at the water. Practicing hand combat techniques requires the mastering of the techniques as accurately and skillfully to the extent that the application of these techniques becomes the second nature of the practitioner in real combat.

Essentials for the Hand/Arm Techniques

When applying a hand/arm technique with one hand/arm, it is required that before commencing, the hand shall be contracted like a harrier contracting its wings and body so as to penetrate dense woods. After pushing forward with one hand, the body first expands upward and when the body recollects, the hand/arm withdraws like a swallow pecking at the water. When applying a hand/arm technique with both hands/arms, it is required that both hands thrust or withdraw alternately but simultaneously. When commencing, both hands move as if to lift and turn over a tripod; when withdrawing, both hands move as if to break a brick from its two ends with both hands.

When commencing, the hand shall protect the groin; and when thrusting, the elbow shall protect the heart. Thrust with power as forceful and fierce as a tiger springing at its prey. Withdraw with ferocity and resolution like an eagle grasping the prey with its claws. This is the essential for power application in hand/arm technique. 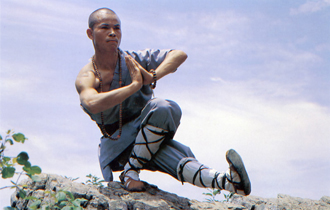 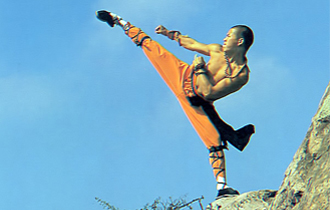 Essentials for the Foot/Leg Techniques