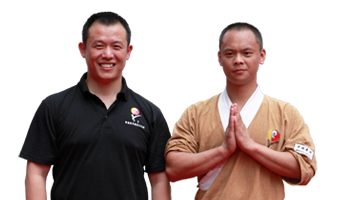 Chan refers to the cultivation of the mind and wisdom of life. Wu refers to the Chinese traditional martial arts or Gong Fu, which trains the ability and skills of the body. Gong Fu practice enhances the faculties of the body, improves the coordination of nerves with muscles and joints and increases the ability to defend oneself. It also trains one's character and tempers his willpower. The highest attainment one can achieve through practice of martial arts is to apply wisdom of Chan in life, that is, when Chan is united with Quan or martial arts. Uniting Chan with Quan is the founding concept of Chan Wu International Federation.

The initiation to set up an organization which devotes itself to teaching traditional Gong Fu in a systematic and standard manner came from Grand Master Shi Xinghong, the thirty-second generation Martial Monk of the Shaolin Monastery. He also wants to promote the concept of cultivating the mind with Chan and strengthening the body with martial arts among the Gong Fu practitioners. Grand Master Shi Deyang, the head coach of the Shaolin Monastery martial monks in China and Grand Master Minglai, the founder of the Puji Chan Buddhist Temple in Hungary have been giving their full support to Shi Xinghong. In alliance with several of his colleagues teaching Gong Fu in other countries, Shifu Robert Lyons in Hungary, Shifu Stefano Dalla Vecchia in Italy, Shifu Maitre Roland Quenon in Belgium, the Chan W u Federation International was established with joint effects.

Chan Wu International Federation takes promoting Gong Fu culture as its prime task. In teaching Chinese Gong Fu, it introduces traditional Gong Fu etiquette and disciplines and precepts to its students, encouraging its students to cultivate martial virtues and establish perspectives and values applicable in life. Chan Wu has established several rank systems to recognize its students achievements in martial arts practice through examinations. The competition structure and rules developed by Chan Wu International Federation are one of the most standard systems among the competitions of the same kind in Europe.

Today, Chan Wu has its member federations in countries including Hungary, Italy, Austria, Belgium, Germany, Canada, Spain, Denmark, America and Romania with more than fifteen thousand students. The member federations have become the most influential Gong Fu organizations in their home countries. In fact, the number of people learning Chinese traditional martial arts in schools authorized by Chan Wu Federations has exceeded a hundred of thousand.

Chan Wu International Federation will continue its efforts in building the concept of uniting Chan with Quan among its students and to promote the understanding that martial arts practice is not only to learn a skill and strengthen the physique, but also to cultivate the mind. It is the purpose of Chan Wu International Federation that its students meet challenges with Chan wisdom for the better appreciation of life. 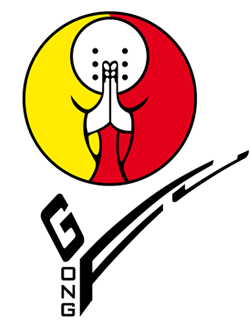