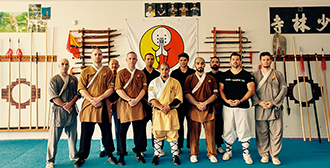 The IBPS Temple of Montréal will be receiving Shifu Max as a guest Master during their 2016 Summer Camp where he will be teaching Shaolin Gongfu to children. We are pleased to have this opportunity to serve the Chan Buddhist community and continue to build our relationship with this Temple that dates back to 1998. Amituofo! 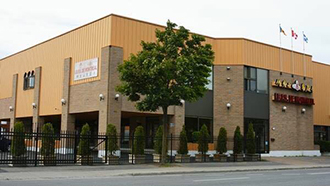 Shifu Max Rendinella has been invited to Budapest this July to take part in a special ceremony headed by Grandmaster Shi De Yang and Shibo Shi Xing Hong at the end of the International Chan Wu Training Camp. Amituofo! 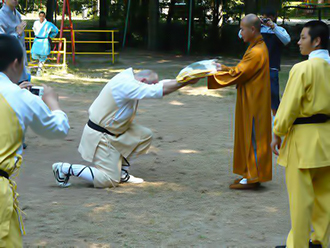 Chan Wu Canada proud to announce the arrival of the 2012 Chan Wu Cup Sanda Champion Jaad Alami to Montréal, Canada on July 15th for an extended stay at Tristar Gym where he will be training alongside MMA's best. Shifu Max Rendinella will be collaborating with his training camp by bringing the KrossFight knowledge and training style into the mix. RESPECT! 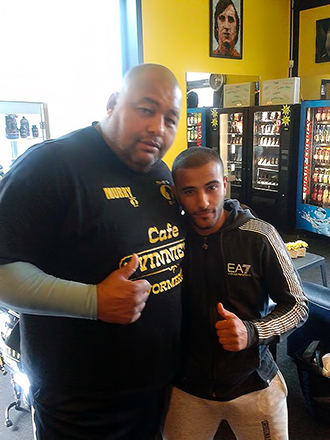 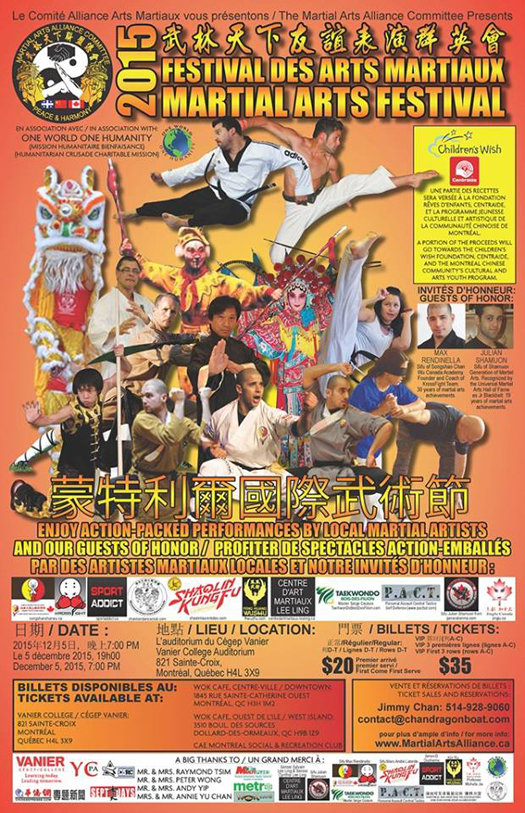 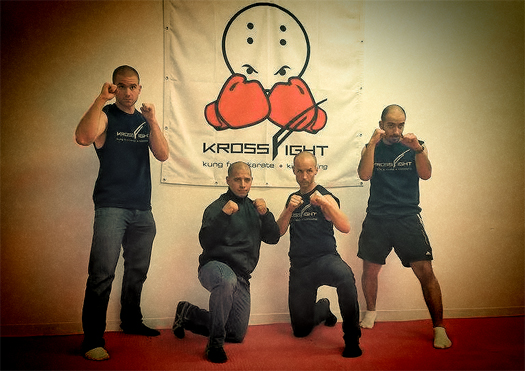 My name is Max Rendinella. I am level 6 Shaolin “Quintessential Warrior Class” Chan Wu disciple of master Shi Xing Hong, and I am the director and schoolmaster of the Songshan Chan Wu Canada Academy. I am also chief trainer of the KrossFight team.

My 3 students Hussein Diab, Simon Ducharme and Marc Andre Lalonde will be representing my KrossFight team at the 2015 US Open Martial Arts Championship in the Ultimate Sanda category

In March of 2014, with the help of Shixiong Max Rendinella, Marc-André fulfilled a long awaited dream by traveling to China for three months of intensive study. He began his trip at the Chan Wu training center in Guangzhou (formerly Canton) in Guangdong province, where he spent one month on a rigorous training schedule. At the Chan Wu center, Marc-André trained six hours a day, six days a week, for 32 straight days. After finishing this initial step he went through testing and completed his second level with the Chan Wu federation.

With his training in Guangzhou completed, Marc-André traveled to the center of China to spend the next two months in Henan, at the Wuseng Hubeidui school, situated 3 km from the original Shaolin Temple. Shaolin Temple is the acknowledged birthplace of Shaolin Kung Fu, and considered a jewel in Chinese culture. Master Shi Deyang supervises the classes in the 45 student school. Marc-André practiced forms, Sanda (Sanshou) and Hard Qigong for 60 straight days. Sanda is Chinese Boxing/Kickboxing - a type of combat training with martial arts elements. Hard Qigong is an intensive Qigong to develop internal and external Qi through breathing and strengthening the physical body against blows and strikes. Marc-André spent considerable time with Master Deyang and his disciple Shi Xing Pei to advance further along his chosen path. Fortified with the knowledge, understanding, fellowship and training imparted to him during his hiatus, Marc-André has returned home renewed, reinvested and ready for the next chapter in his journey.

A Word of Caution: While traveling through China, in particular Dengfeng (in Zhengzhou, Henan Province), Marc-André met swindlers and con artists. These people will claim to be disciples of genuine Masters and Grand Masters such as Shi Deyang. In truth they are opportunists that pay hotel employees, taxi drivers and bus drivers to direct foreign travelers to their school. Master Shi Deyang says unequivocally: "I have only one school, and its Wuseng Houbeidui." 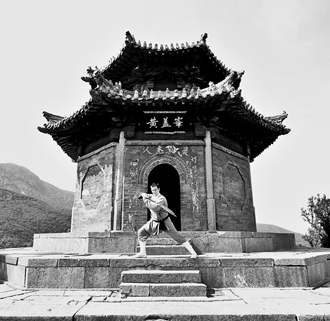 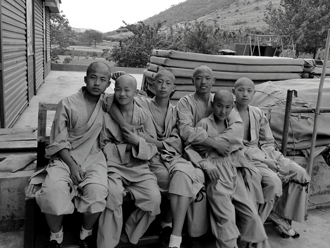 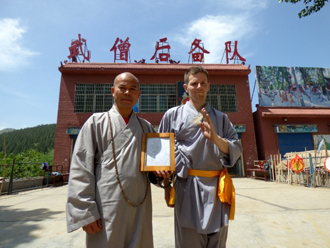 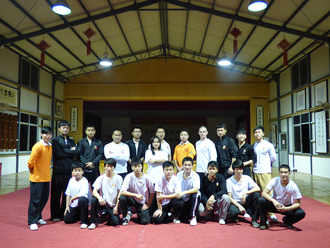 In May 2014, Grandmaster Shi De Yang returned to visit Québec for his 2nd Chan Wu Seminar. Here are the trainee groups. 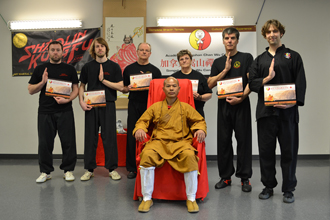 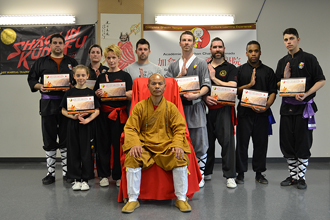 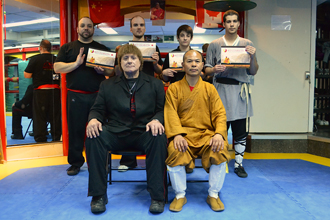 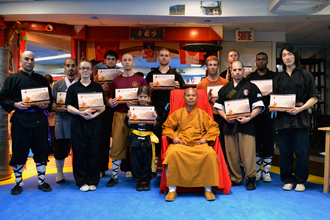 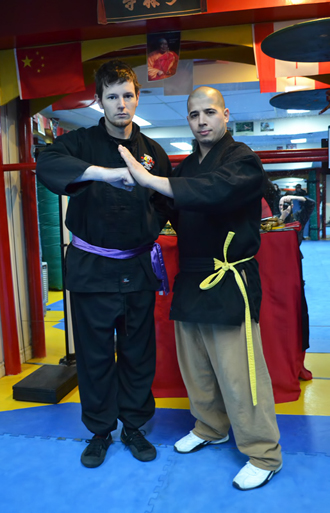 SCWCA will once again be hosting Shaolin Temple's Grandmaster Shi De Yang in Spring 2014. Seminar registration is now open however, SCWCA will be selective as to the participants due to limited space. Please contact us for information or to request an invitation for your school or group. 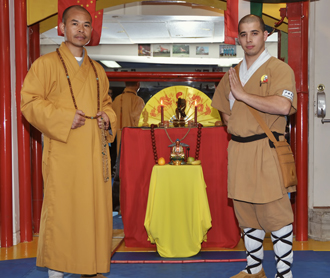 Italian Shaolin student Francesco Airaghi returned to Songshan Canada for a short visit this January. Since last being in Canada, Francesco has trained in Dengfeng at Shi De Yang's school. His skill level had leaped ahead and we are very proud and happy for his development. Francesco has also competed in Italy's Chan Wu Championships and placed 2nd in Shaolin Quan.